Just days after a version of the Pokémon Ultra Sun and Ultra Moon with source files leaked online, it appears the newest games in the series, Sword and Shield, have also had a sizable leak.

According to multiple sources, including Centro Pokémon, a beta version of Sword dated from March 26, 2018 has been making the rounds online, showcasing unused assets, incomplete areas on the map, and tons of content that was either cut or used for placeholders.

The first image leaked was a simple stock image of a stadium with 3D models of Pokémon like Blastoise, Pikachu, Arceus, and even Mega Rayquaza. There is also a very early version of the Sword logo that looks vastly different from the final product that we got visible on one variation of the screen.

One of the main things you will not when browsing the images for the leaked beta is how closely a lot of the menus and interfaces resemble, which is ironic because a beta version of Pokémon Let’s Go! from 2017 also leaked today.

Being based on Let’s Go! makes a lot of sense because it was the only other Pokémon title released on the Nintendo Switch at the time, and a lot of the core mechanics, assets, and Pokémon models were reused.

Some of the more interesting tidbits to come out of the beta leak include the fact that, according to the various menus, the beta let players have full camera control when walking around. This was not included in the final product, with only certain areas having a dynamic camera that changed based on where the player’s character model is looking.

You can also see several pictures of beta areas, like one of the Gyms (likely an early version of the Hulbury Gym based on the buttons shown), a stadium, and multiple routes, all with varying levels of polish. Beta images for the Pokémon Camp feature, battle screens, and more are also available to see. 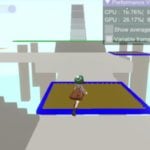 And yes, while several of the Pokémon that are featured in the various leaked images, such as Pidgeot, Furfrou, Greninja, and more were not featured in the final release of Sword or Shield, it should be noted that only 21 Pokémon were reportedly featured in this specific beta build.

So no, the placeholder files were not data for every Pokémon from previous generations and Game Freak did not cut them all out. Judging by the date of this build (March 26, 2018,) this was likely one of the first, fully playable versions of gen eight. Most placeholders featured trainers from Sun and Moon being used.

That means the developers needed to overhaul multiple interfaces, add in hundreds of Pokémon, moves, and items, and make sure all of the textures, animations, and more all worked properly before in order to ship the game when it did on Nov. 15, 2019. Full production on Sword and Shield started sometime in 2017, so the timeline does add up.

Other notable inclusions for the beta include Mega Evolution parameter data being present in the files, though only Kanto-based Pokémon meet the parameters because all non-Kanto mega data was removed from the Let’s Go! titles. A very early version of the Dynamax mechanic can be viewed in the beta battle UI too, along with the early version of a raid battle UI layout. 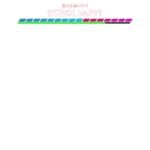 And as a fun final bit of info, the beta Y-comm icons also leaked, showcasing some very cute, if messy artwork that was used as the basis for what we got in the final version of Sword and Shield.

The RotomDex was also featured in this build, with the living Pokédex appearing in menus and as an overlay for the overworld minimap. A female RotomDex also has a few early images in the data.

Obviously, all of this info is based on leak data and has not been confirmed by Nintendo, Game Freak, or The Pokémon Company International. Some of this could be proven false as more information comes out through official channels.

How to download beta version of PUBG Mobile Patch 1.2