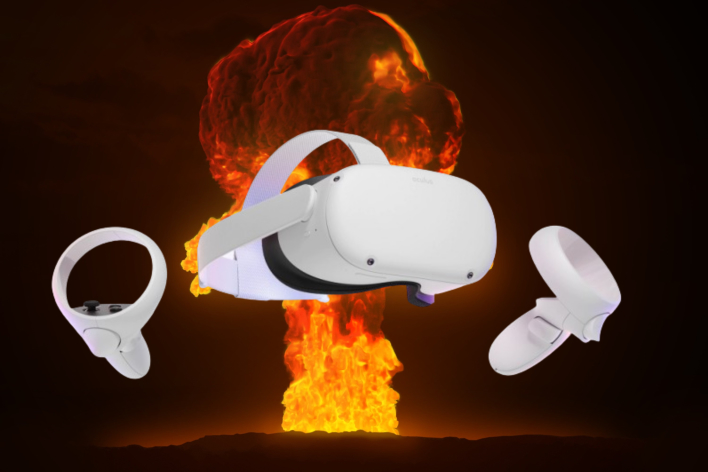 In August, Facebook decided to start merging Oculus and Facebook accounts for their Oculus VR brand. Until January 1st, 2023, existing users will not need to link their accounts, but any new Oculus hardware will require a Facebook account. With the link, Facebook gets to see things such as your VR apps, friends list, and other information. If you decide that Facebook is no good and want to delete your account, you will also lose your Oculus profile, which includes all purchased games.

When Facebook announced the move to merge Facebook and Oculus accounts, users found it a bit off-putting and reminisced of Google’s push for its own Google+ back in the day. Just a few months later, after some people have been forced into merging accounts, it has been found that deleting your Facebook account deletes your Oculus purchases and progress. This would effectively brick the hardware you bought. Twitter user @CixLiv tweeted a photo from Eli Schwartz, showing the account deletion page.

UploadVR has also independently verified this account deletion page and also claims that Oculus has been mired with problems. They write that “While Quest 2 appears to be selling faster than the original and some long-time VR developers are reaping the benefits, Facebook is faced with some unhappy customers.” There have been customers who “described their Quest 2 purchases as ‘paperweights’ because of problems logging into Facebook, and some buyers of the Oculus Quest 2 Elite Strap say their accessory snapped apart.”

We will have to see if we get an announcement from Facebook in the coming days about this latest wrinkle in the Facebook-Oculus pairing, but in the meantime, let us know what you think of this ordeal in the comments below.

Google To Shut Down 3D Platform Poly Next Year